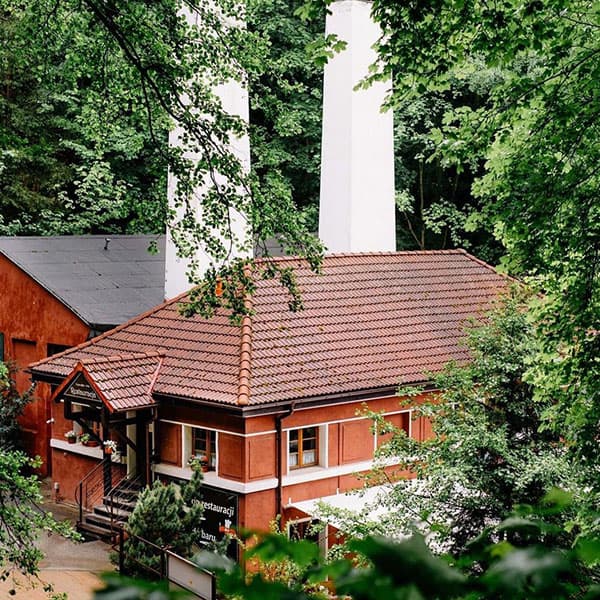 The possibility of visiting in English after making an earlier booking. The fee for a guide in a foreign language is fixed and it amounts to PLN 50 regardless of the number of participants in the group.

Read about what is waiting for you…

The visiting starts with the Gertruda Adit
There is a legend connected with the name of the adit. A long time ago in a gold mine there was a massive rock fall which killed four miners. At that time, undertaking rescue operations was decided by the owner of the mine. Often, the decision was cruel as it was not profitable for the owners to carry out rescue operations because of the worn-out places. That was also this case. Then Gertruda, the wife of one of the buried miners, decided to get to the site herself and rescue her beloved husband. With a torch in her hand and a bit of food, she entered the mine mazes. Days passed, and Gertruda did not come out … she probably got lost in the labyrinths of the mine pavements stayed there forever. This fact was noted even in the annals of the city. Later, the miners often told that if they got lost in the mine, they could hear some strange sounds footsteps. A lost miner would run toward the sound, which eventually led him to the exit. However no one was ever able to see the mysterious person, rescuing the miners. It was then said that it was a good spirit of Gertruda that came to the rescue and saved the miners.
Even today, Gertrude may show the lost miner the way to the exit …
Going back to the tour: 500-metre stretch of the Gertruda Adit is available for visiting. In this section you can see:

On the side pavements, formerly serving the function of explosive storage, there is a laboratory of J. Schärfenberg, a man who extracted a poisonous arsenic potent from arsenic ore in pursuit of the elixir of life. According to the legend, that Napoleon himself was poisoned with arsenic from Złoty Stok.
A treasury available for visiting is enjoying great popularity. Here you can see the 1066 “gold” bars corresponding to 16 tonnes of gold obtained during the entire time of the operation of the mine, i.e. during approx. 1000 years.

The Death Pavementis a pavement carved on the upper level, which has an extremely gloomy history. It was here that miners suspected of stealing gold were sentenced to death. The convict was placed against the wall, his hands were put in a specially carved holes up to elbows, and then the holes were filled with mortar. The unfortunate miner, attached to the rock, died in terrible agony. Human remains have never been found in this place, yet there is a mysterious bright raid with large amounts of organic matter on the walls that cannot be found anywhere else in the mine…
According to the beliefs, gold in the mine was guarded by gnomes. It was said that these were the miners who died once in the underground rock falls. Gnomes were perceived as sympathetic characters who often saved the lives of the miners. To do this, the gnome reportedly hit a stick with another stick. Hearing the sound, the miner followed it until he got to the exit. In our mine you can meet the Gray gnome, who appears unexpectedly with a flickering lamp. According to the legend, if you look him in the eye, your dreams will come true. However, if an evil man looked into the eyes of a gnome, he could stay in mine forever …
If you’re hungry for excitement, you may travel the part of the route at a specially prepared eight-metre slide.

At the end of sightseeing, tourists visit the Museum of Warnings, Notes and Appeals, a collection of plates associated primarily with health and safety regulations, with various slogans, instructions and warnings. They are often quite funny phrases, such as “Do not drop the hammer while being on a scaffolding” or more ambitious, “What have you done today to reduce your own costs?”.

Some pavements of the Gertruda Adit can be visited in an unconventional way, i.e. by a 15-seat boat aptly named Titanic. The underground boat riding place on a stretch of approx. 200 meters. This is an additional attraction not included in the basic sightseeing.
Continuing the tour, we go to the Upper Black Adit.
The entrance to this beautiful adit is located in the upper part of Złoty Jar, at the foot of the great quarry in Góra Sołtysia. This mountain was operated twice, once in the pursuit of gold veins (Middle Ages), and in the mid-17th century to recover the arsenic ore. As a result, we may see various techniques used in mining over the centuries on the basis of the shape and cross-section of the pavements and the types of housings. We can also see an underground pavement leading to the Czech Republic, hand-forged medieval excavations with traces of the stylus and large chambers remaining after extracting the gold-bearing ores. But the biggest attraction of the Black Adit is the only underground waterfall in Poland. Deep under the ground, in a small chamber, the water falls from a height of eight meters right in front of delighted visitors, often splashing their faces.
In 2007, the works were completed by removing the two rock falls (the mining works lasted 4 years). This enabled the tour groups to visit the adit at a lower level beneath the waterfall, the so-called mysterious pavement from the 9th level of the Black Adit. On 8 May 1945 the Germans had supposedly hidden the treasures of the Third Reich. The exploration works of the amber room and the gold of Wroclaw have been continuing to this day …

Since 2008, tourists from this level may go to the outside using approx. 300-metre route with an Underground Orange Tram – the biggest tourist attraction of the gold mine.
On the platform KOPALNIA ZŁOTA GŁÓWNA (eng. GOLD MINE MAIN STATION), the guide thanks the tourists for attention and encourages everyone to take advantage of additional attractions, inviting each one for a delicious cup of coffee or tea with a tiny dose of arsenic, a dose that is not harmful to health and may only cause addiction … to this place, interesting people and adventure.

All gold mine addicts are invited again to visit our tourist route. Surely, we will surprise our guests with new ideas, attractions and friendly service.

Besides the tourist route, there is also a possibility of individual penetration of some areas in the historic mine. Such attraction the Prince Adit, forged in solid rock over a period of approx. Its height reaches 3 meters in some places, while the entrance is extremely low. There is a legend linked to this fact: Once upon a time, a Prince, the then owner of the mine, wanted to see a “gold vein”. The miners offered him a trip on the mine pavement. The Prince, however, did not want to crawl in the mud of the low pavement. Therefore, he order to forge such a high pavement so he could go in there even in the headdress. The miners did as he told them, but they left entrance low, so that while entering the mine the Prince had to bow head and thus give a tribute to the hard mining work even for a moment. The pavement is unlit, so it is necessary to bring a flashlight for visiting. A safe stretch is approx. 200 meters. Then, the pavement is walled up. Although the hole in the wall encourages the further penetration, but we do not recommend further exploration of the excavation. A fragile slate or decayed housing can collapse at any time straight on a potential adventurer.

After leaving the adit, it is worth paying attention to the Mud Adit hidden behind the stream. Water flows out of it, forming a little well at the outlet. According to the legend, it is a spring of love.

Everyone who drinks water from this spring and thinks about the loved person, will stay with that person forever … 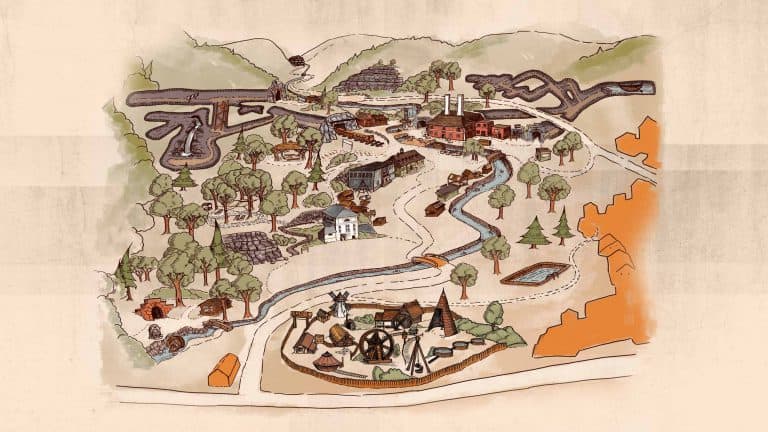 We have a something new

The attractions complex at the Gold Mine is open
every day – 356 days a year.
Today it is open: 9:00 – 17:30.
The opening hours for individual attractions may vary.

There are
two seasons

Explore
with a guide